On 8 and 9 November 2018 we had the pleasure of welcoming Alan Wolk to our MEDIAGENIX User Advisory Board in Brussels. The co-founder and lead analyst of T[R]EV, and best-selling author of ‘Over the Top. How the Industry is (Slowly but Surely) Changing the Industry’, not ony shared his vision on the future of television, he also moderated and actively participated in one of the breakout track discussions about the fascinating changes we are all experiencing.
From the very positive feedback we received from the participants we understood people wanted to hear more about the future from the man who is one of the industry’s most influential thought leaders. The ‘linear-native’ broadcasters in particular are wondering how the global trends will impact their business in Europe.
Alan Wolk kindly granted us this follow-up interview.

Alan, at the UAB you drew an interesting comparison with Spotify. You said we would evolve to a kind of ‘Spotified’ viewing experience. How would that work?
A.W.: “The fact is that in the future you will be able to watch just about everything on-demand anywhere as soon as it has aired. This way you can have playlists made from all the content you have access to. Like on Spotify, several more or less curated playlists will be made up for you every day. You will be able to start playlists of series and movies that you are in the middle of watching or that are on your viewing list. In addition, your traditional providers could also give you a linear stream that would start when you turned it on, probably combined with live broadcasts, like news and sports. You will be able to tune that linear stream to your preferences or even have it completely personalized.”

«Sometimes you just
want to sink back
on the couch
and see what’s on.»

So there will still always be a place for linear TV?
A.W.: “Yes, I think that linear is not going away at all. The people at Spotify were surprised to find out that people don’t always want to listen to their playlists. Sometimes they want the service to pick music for them, so that they can lean back and maybe discover something completely new. I think the same will happen with TV. Sometimes you sit down to watch a big show, like Bake Off. Other times you don’t want to make choices. You just want to sink back on the couch and see what’s on. That is part of the convenience of TV.”

Do you think that at the end of the day there will be one big Spotify-like platform?
A.W.: “You will still have your subscriptions to cable TV, Netflix and what have you, but somebody will come up with an overriding interface. I’m thinking Amazon or Roku. That interface will do all the tricks for you with all the content you have access to via those subscriptions.

And how would that be monetized?
A.W.: “As they would know who you are and what your interests are, they could serve up addressable ads. And like with Spotify you would probably be able to pay a sum to avoid ads or have an “ad-lite” version.”

Will GDPR not inhibit addressable ads?
A.W.: “I think most people will opt in because this way they only get ads that are relevant to them. As a man you don’t get ads for women’s products. If you have children you will see ads that are relevant for families. But there definitely is a fine line between relevant and creepy. If you have a poodle, and poodles keep popping up in your ads, that is just scary. You should always make sure people are not too aware of the fact that that ads are tailored to them. It’s the same thing when you have been browsing for a product online and that product keeps popping up wherever you go even if you already bought it or have no interest in buying it.”

There is a battle going on among what you call the ‘Flixes’. Who will prevail?
A.W.: “I would not be surprised if 3 years from now one of them ends up buying one of the other ones, just because the latter had a couple of bad years and spent a lot of money. I think Netflix is probably in the weakest position of all of them, because they heavily rely on originals and the problem with that is that it is a much bigger ask for people to start watching a brand new series they don’t know anything about. When Disney rolls out another superhero movie, or a series about a superhero, you already know the main characters. The same if Warner does a reboot of Friends. For Netflix it is a bigger hurdle to get people to start watching from scratch, and they don’t have any other businesses. Disney has theme parks, Warner has movie studios, they own CNN and are owned by AT&T, the second-largest mobile phone company in the U.S. A lot of the content people are watching on Netflix is getting called back by the studios that own it, if not in 2019, then probably in 2020 or 2021. Amazon, on the other hand, is in a great position. They have so much data on everyone and they get people to sign up for Prime, mostly for the 2-day delivery.”

What if the Warners and the Disneys of this world all pull back their content, to put it behind paywalls on their own platform? Where does that leave the broadcasters?
A.W.: “I doubt whether they will pull content back from regular broadcasters. Warner owns the rights to Friends and they may pull that back from Netflix in 2020. But they may not pull it back from ITV in the UK, for instance, because ITV is not a direct competitor and Warner makes a lot of money from that. Unless it is a really hot or fairly new show they will still continue to license. Disney only becomes very aggressive when it concerns their superheroes, because that is their bread and butter.”

Is there enough content to go round?
A.W.: “Look at all these, what we call FASSTS in the US, free ad-supported streaming television services. Pluto TV, for instance, which has just launched in the UK. Roku and Amazon are launching their own channel. Although their content basically consists of movies from the eighties and nineties, things like Caddyshack and The Goonies, they have become very popular to the surprise of everybody. So there is still a lot of content out there that still appeals to mass audiences and is not a big ask for people to start watching. Do not forget that about 80 % of what is watched on Netflix is library content. Reruns are popular. It has to be said that the FASSTS made some smart distribution moves. Some got themselves on the interface of smart TVs, so when you buy the TV the channel is already installed.”

Is live sports something the regular broadcasters can compete with?
A.W.: “Just like live newscasts, live sports will take an important place in the broadcasters’ programming. People will always sit down at a certain time to watch sports live on the best available screen, which will more often than not be the TV. I think the Amazons and the Netflixes will get the very big leagues and events, but everything below that is where broadcasters can start creating empathy with the fans, connect with them and while they have that captive audience promote their other programs.”

Can regular TV still compete with the tech giants with the big data?
A.W.: “Don’t forget that TV is an art more than it is a science. Data can only count for so much. You can hire the best script writers, the best actors, a great director and for some reason it doesn’t come together. Conversely, take Game of Thrones. Who would have thought a show about dragons and warriors in fake medieval times would be a gigantic hit?
One of the big mistakes that a lot of the tech companies—and Facebook in particular—make, is that they focus on the fact that they target the audience and forget that the show has to be good. They know, for instance, that a lot of people are taking to extreme skiing so they think if we make a show about extreme skiing and promote it on a Facebook page, it cannot fail. But the truth is that if the show isn’t any good, nobody will watch it.”

What advantages do broadcasters have over the tech giants?
A.W.: “I am not saying it won’t be challenging, but broadcasters do have the advantage that people are used to them and like them. Yes, they will need to invest in data, they won’t be able to ignore that. But they will have tighter programming than the Amazons. A lot of them may end up with a mix of local news and reruns of library content. That is viable. There are two ways in which people watch TV. Purposeful viewing is when you sit down to watch a big show or a soccer match. Or you just turn the TV on while you are making dinner and you watch whatever is on. In the latter situation there is a chance for broadcasters to come up with programs that are less expensive or more local than what the big guys do.
Whether it’s local drama, a game show or whatever, you don’t need to have big stars and big budgets to make a great show. And it opens a lot of opportunities for young talent to make their mark. Broadcasters can even reach out to YouTube talent with aspirations.”

Will new technologies level out the playing field?
A.W.: As smart TVs proliferate, ACR—automatic content recognition—will open the door to dynamic ad insertion. The big news for terrestrial broadcasters is that a new technology is being rolled out, ATSC 3.0, or Next Gen TV. The standard’s advanced transmission technologies will spell vastly higher quality video for free over the air. Even more importantly, you will actually be able to watch the broadcasts on your mobile phone. Terrestrial broadcasters will be able to track who is watching when on what device, and serve addressable ads. They can forget about BARB and Nielsen.
Sinclair, who own about 200 local broadcasters have been putting a lot of money behind it and putting pressure on all the TV manufacturers to make their new set ATSC 3.0 compatible. The problem is that it is not backwards compatible so you need a new TV set to receive it. This means it will be another 5 years before most people receive ATSC 3.0. “

And then there is 5G coming up?
A.W.: “5G is a superfast mobile network, but it will be rolled out as in-home broadband, a replacement for your cable broadband. 5G will open up the number of providers that are able to provide broadband, which will send prices down. That will put pressure on the cable providers to step up their game, because those new providers may push more people over to digital delivery and away from cable delivery. For broadcasters, it’s more efficient and they can track IP addresses and device IDs. It will be easier for them to get all the data this way, easier than via cable or over the air. So yes, I think broadcasters have challenges ahead of them, but plenty of opportunities, too.”

*Also read the chapter ‘Future Predictions: The Spotifyization of Television’ in
‘Over the Top. How the Industry is (Slowly but Surely) Changing the Industry’, by Alan Wolk. 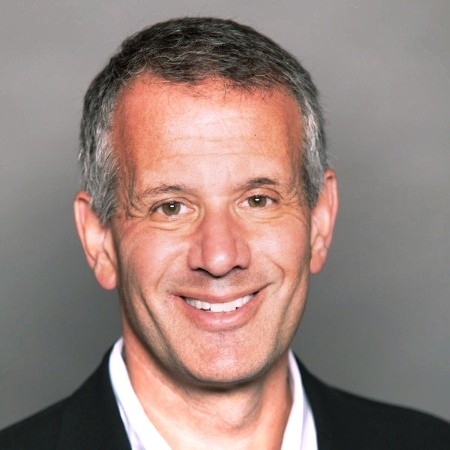 Co-founder and lead analyst of T[R]EV