Roza, can you tell me how you remember MEDIAGENIX?
Well, I remember it as a very warm and driven company. I really liked working there and enjoyed the atmosphere and all the initiatives that we had going. Yeah, I really enjoyed my time there and I remember it fondly.

In what role did you join MEDIAGENIX?
I started as technical copywriter in the documentation team. It wasn’t really a team, it was just Dimitri Desmytere doing everything on his own and he had way too much work, so they hired a junior to help him out. I didn’t really change functions while I was there for three years. But of course, we were working on different projects of course to expand what I was doing, to have some variation.

And what are you doing now?
After MEDIAGENIX, I joined Websauce, which is a digital marketing agency and that is where I learned everything there is to know about marketing, online campaigns, advertising. After that I moved on to Teamleader, a startup in Gent, as Search Marketing Expert. Right before this summer, I joined Dift, a creative agency in Gent as a Digital Marketeer.

So now you are more into the Marketing area?
Yes, I went from Technical copywriting to Digital copywriting and Digital Marketing. So, I did a lot of copy for customers running their websites, running their advertising copy, … When I was working as a technical copywriter, I thought it was a bit too technical and I felt I wanted to do some more creative stuff. I really liked MEDIAGENIX, but the role that I had was no longer fulfilling after three years. I learned a lot, but I thought it was time to move on. And Websauce was based in Gent and we were living there as well at the time, so it was a great opportunity to work in the same city and very close to my work.

You are going by bike at work now?
Now we are not living in Gent anymore, we are living in Berlare, but I’m still working in Gent. So now I have a longer commute again, but it was really nice to have a commute of 10 minutes in the city you live in.

I guess that finding an affordable house in Gent is a big challenge!
Yes, that was pretty near impossible, so we built our house in Berlare, but I stayed in Gent because it is really nice to work in the city I grew up in.

What was a fun time you remember of MGX?
We had loads of funny moments. I do remember a karaoke after work.  Everybody was singing and it was really late, we were the last ones standing. It was in the old building and stuff could be a bit wild then, since there were no other companies there. I also remember a time when it was also cool to do post-it wars. Together with Jan Frederix I created the Nyan-cat, at MGX there are always a lot of post-its, we did a great job!

Did you appreciate the music that was being played during your carpooling drives with Jan Frederix?
Haha, we had a great compromise. We listened to his death metal in the morning and in the evening we listened to Studio Brussel! Those pounding drums in the morning! But afterwards I missed it, carpooling is a great way to get to know each other, I really liked it.

What did you think about the move from the old to the new building? And someone told me that your approach was creative.
Yes, we wanted to change the way of working with installing flexible spaces and clean desk policy so everyone can sit everywhere. I know that it didn’t really happen afterwards, that a lot of people sit at the same desk, but we wanted to try to change. So, that was a change management project that we did together with Mireille and Dirk.

And why was your approach so creative?
I researched it and we wanted to bring this across differently. We did flyers, we did mailings. Trying to use humor so emails were nice to read and not too dry. I was indulging the creative side to the communication part. I still support that vision because it gives you so much flexibility and so much options to work based on your activity. It is also very healthy to move around a lot.

It is, and we still encourage it by offering standing desks, a sofa, coffee corners…
And I think that young people are more enthusiastic about an activity-based workplace where they can change during the day, according to their tasks.

Can you tell me what you think is so typically MGX that it can’t be found elsewhere?
The atmosphere and the respect that people have for each other. I didn’t find that out of course until after I had left already. It was my first job and I really thought that people treated each other like that in all other companies. But when I left, I realized that this was really special, and that people appreciated others. There are also lots of groups of friends and everyone is professional. They wanted to do the best job that they could, and they had great sense of responsibility for what they did and for the company as a whole. It creates a unique atmosphere. I guess it is still like that now and that is unique to MGX.

Would you recommend people to go work at MGX?
Yeah, definitely! Lots of responsibility, lots of flexibility, interesting business, so much to learn and the global setting of the international environment!

You kept in touch with people at MGX?
Yes, I stayed in touch obviously with Matti, who I met at MGX (hilarity) and with Stijn and Jan and Elke and Laurien. Also kept in touch with Jozefien and Axel through social media and I go to some of the dev class drinks to meet up with them.

Now MGX is organizing the alumni events, will you be joining the drink?
Well, if we find a way to either have a babysit or bring our newborn baby, we would love to! I’m curious about what my former colleagues are doing now. 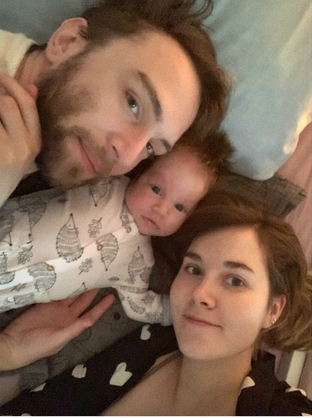 "This transformation is a mix of planning and flexibility."

Automating the VoD/OTT distribution workflow for speed and flexibility