Thierry Delrue (RTBF) about broadcasting in times of Corona: “you need to be creative with archives.”

March 2020. Suddenly all live sports are shown the red card. No football, no tennis, no cycling, no Formula 1, … broadcasters that heavily rely on sports events are pulling out all the stops to fill the sudden gaps in their schedules. “This is more than just rescheduling”, says Thierry Delrue, TV Director at Belgian public broadcaster RTBF. “It’s a major editing task if you want to reuse your archives from the past.” We managed to draw him away from those archives to ask him how his job changed overnight.

Hello Thierry, what would you normally be doing now?

TD: “I’m a sports director and therefore my main job is to produce live events such as football matches, cycling races or F1 Grand Prix  competitions, but also recurring talk shows on sports such as the Week-end Sportif.”

And what have you been doing lately?

TD: “Now that sporting events have been cancelled, we’ve had to review things and restructure our schedule. So we’ve been working a lot on the archives. We cover mainly the most important moments in Belgian sport, both old and more recent. We draw on such footage and try to add a new, fresher touch. For example, we use Skype interviews with witnesses of the event in question, specialists and athletes themselves who talk about their achievements.”

So there’s a major editing task…

TD: “Precisely. It is not just a question of distributing the archive as such. I should point out that we go back in our archives to the 1980s. Many issues then arise: do we keep the 4.3 format? Or do we zoom in on the image to make it sharper? The sound is not always good either. So we have to provide new commentary on some footage at times. And then there are also retouches to the image, i.e. redoing the skin, adding graphics to make it more dynamic,… Here we also have a lot of videotape archives that we have to digitize ourselves. The problems obviously have to do with the media and the quality of the videos.”

Going so far back into these archives must pose all sorts of problems, particularly in terms of rights.

TD: “Yes, it does. It is up to the production team to check whether we are actually authorized to  broadcast  such and such images. For content produced by RTBF, there are obviously no problems. Sonuma has also digitized a lot of archives. We draw from their catalogue as well.”

Some rightsholders and sports federations also make their content available. Eurovision, for example, has made many archives —world feed and Sport — from rightsholders available to its members, free of charge. Do you use such content as well?

TD: “Absolutely, there are many examples like that. It’s a win-win situation: we fill our schedules and these organizations remain “visible” despite all these cancellations. The UCI has opened its catalogue, as has ASO. This is good content for us. There are also exchanges between TV channels. We get sports documentaries from the Dutch-speaking side, which we then just have to subtitle or add new commentary to.”

You were talking about ASO, the Tour de France, one of the major sporting events of the summer, which has been postponed to the end of August. All the programming has to be reconsidered…

TD: “We’re doing everything we can to make up for this lack of live broadcasting. Production has contacted ASO to gain access to archival footage. We will therefore broadcast a key stage of the last few years every day during the initial dates of the Tour de France. So it’s the “Tour de France from the archives” in a way.”

Does going so far back into the archives also entail editorial issues? Cycling, for example, has a heavy past with doping?

TD: “Indeed, all this is done with the help of the editorial teams. We’re not going to do a series on the Armstrong years, for instance. If we do, we will put it in a different context. We worked on an archive of Frank Vandenbroucke, a Belgian cyclist, who was suspected of doping. There is a real editorial choice with the journalists here, so there is a real story to tell. The idea is not just to say “Congratulations! Great victory.” We really try to bring in new elements compared to the original story, by adding information from consultants, period witnesses, former team-mates, etc.”

Where did this demand for archives come from? Is it the programming team that calls on you to fill in the gaps in the schedule? Or is it an initiative of the editorial team?

TD: “It’s a bit of a mix of both. We have a commissioning department. This department brings its expertise to bear and thinks about what might be relevant to broadcast, what we could put in place. So they come to us with ideas and ask us what is technically possible to do or not to do. We also have our expertise in the editorial office, and we know what is relevant to show and what is not. The head of Sports, Michel Lecomte and his teams are consequently part of these working and discussion groups. They will then find the people in charge of programming and commisssioning by suggesting options.”

One of your “strong” sports rights is Formula 1.  What are your alternatives to live broadcasting?

TD: “We recently looked back on last season’s German Grand Prix, which many considered the most spectacular of the season. We had a team on site at this Grand Prix, which enabled us to compile a lot of exclusive content. So we selected the best moments, worked from picture-in-picture with the race on one side and exclusive interviews, comments from our consultants, etc. on the other. The goal was to make the broadcast really dynamic. This is also the case for our sports programmes. Take “La tribune” for example — a live programme where guests and consultants discuss football news. Now that all the championships have been stopped, we offer a 26-minute programme every Monday where we broadcast the highlights of this season. All of this is commented and analyzed live by our consultants via Skype.”

Another alternative to archives for sports channels at the moment is eSport. We’ve seen a lot of initiatives, especially in Formula 1, where drivers like Charles Leclerc have taken part in virtual races…

TD: “That’s exactly what the RTBF recently broadcast on a linear scheduled programme and on our Auvio digital platform. We broadcast several rounds of F1 Esports Virtual live, with a commentator and a consultant in the booth.”

How did viewers react to these new types of programmes?

What about broadcasting archives?

TD: “It is obvious that the audiences are not at all comparable with a live event. It’s interesting to see, however, that we attract a rather nostalgic audience who are eager to immerse themselves in beautiful sports footage. But that obviously won’t replace the potential audiences of an F1 Grand Prix or a live stage of the Tour de France.”

To conclude, do you have a small positive point in your work given the temporary halt in sports?

TD: “It’s a less exciting time for a multi-camera director, to be honest. Live recordings of sporting events are normally the mainstay of my job. Working on the archives has enabled me to see how technologies and methods change over time. There is also the pleasure of rediscovering great moments in sport.   Ultimately,  we are taking advantage of this period to think about new programmes, refresh old ones or integrate them into our digital platform.” 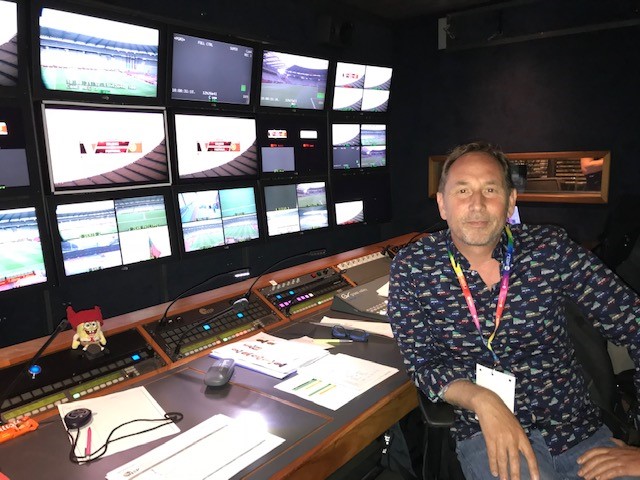 Back with a vengeance after Covid-19: Live sports programming comes with new challenges

Nextv MENA : Challenges and opportunities for telcos going into OTT

The FAST distribution model: mastering the monetization potential of content

Sign me up for the MEDIAGENIX newsletter and give me regular updates about challenges and solutions for our media operations.