OTT wakened a sleeping beauty – but who gets to take her out for dinner?

An event like last week’s OTT Exec Summit is always a good trigger to take stock of the video industry and its quintessential change engine which is indeed OTT. Having sat through most of the OTT Exec Summit, our discussions during the closing panel triggered some further thoughts I’ve been mulling over the past few days.

Sure, OTT is now even more a misnomer than it was a few years ago when I (spectacularly unsuccessfully it must be noted) tried to respectfully retire it by declaring the “post-OTT era” [Follow the author’s blog on LinkedIn, Ed.] Meanwhile it looks like the term will somehow conveniently persist to refer to what is, for all intents and purposes… online video.

OTT’s claim to fame revolves around two quite impressive achievements:

“In a way…. TV was a Sleeping Beauty awakened by OTT as the proverbial knight-in-shining-armour – maybe that image alone justifies keeping the acronym alive.”

A question that kept surfacing throughout the event (and for the past few years) is who are the likely winners in OTT, i.e. in the digital-first world we’re headed for? (Barring the one clear winner we already know which is the consumer)

It goes without saying that one has to play the hand that was dealt. But are there key playing cards that define a winning hand?

I’m frankly not sure there is something like a winning hand but I do think that there are three cards you should want to somehow obtain if not at the start then at least in the course of the game:

Yes indeed… intuitively the likes of Netflix, Disney, Amazon Prime,  … come to mind to neatly tick all the boxes. Looking a bit beyond this obvious list, however, quite some other players along the end-to-end content delivery chain can equally stack the deck in their advantage.

And what particularly struck me throughout the discussions is that, paradoxically, the players historically referred to as “broadcasters”  are actually not badly positioned at all. They all in some way historically represent TV channels that are either public properties in their respective geographies or either became part of -or were even foundational to- a large global media group.

For one, all these channels have a very solid grip on content at a very granular level. Skill-fully aggregating global content, along with local content as well as in-house productions they, already in and by themselves, tick the box of ‘meaningful contextual aggregation‘ to their audience – I’d go as far as saying that the latter is the defining requirement for TV, along with the hard-to-grasp notion of ‘serendipitous discovery‘.

Alongside their incumbent distribution, most of these channels have enthusiastically embraced their digital future in the form of D2C apps that seamlessly blend linear and on-demand and elegantly cast to our smart big screens, of course blissfully ignoring the STB.

So when you think of it… a contextually compelling content line-up that directly engages an audience already makes any well managed channel an enviable digital property in its own right. The essential ecosystem data that enables augmented intelligence to make programming even smarter down the road only naturally flows from it.

One could go as far as saying that when they play their hand well, they are even better positioned than some MVPDs who not only often have a less granular view on content but also embody the proverbial middlemen in OTT land. But boundaries are more than ever fluid in OTT land and, needless to say, these MVPDs can equally play their hand smartly to obtain the three aces mentioned above.

Whereas there are no a priori winners or losers, there is for sure a priori losing behaviour. And complacently ignoring the profound digital transformation that OTT ushers into is for sure one. 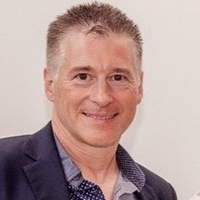 OTT wakened a sleeping beauty - but who gets to take her out for dinner?